Sergio Ward, of WQFS 90.9’s Jet Set Jazz Radio, often refers to O.Henry Jazz as “the gift that keeps on giving.”  It certainly is for me and my family.  I’ve been performing with my sisters and parents, George and Dixie Penn, for several decades in the Triad and we are so blessed to now be a part of the O.Henry Jazz Series.

Picking up the mantle of earlier jazz clubs — Sammy’s, Green’s, Plantation Club, Sam’s Canterbury Inn — Thursday Cocktails & Jazz at 5:30 p.m. and Select Saturdays at 6:30 p.m. both feature practically every subgenre — Dixieland, Swing, Blues, Bossa Nova, Cole Porter, a little Gershwin and whole lot of the Great American Songbook — all of it originating from the magical and sacred space of the Social Lobby of the O.Henry Hotel.

It’s a favorite spot for CEO and chief design officer Dennis Quaintance, who often makes it a point of stopping by on Thursday evenings. “It’s just very meaningful when you see this sort of joy emanating from this room,” he says, explaining that the thriving O.Henry Jazz Series is an affirmation of his vision and that of his friend and guiding spirit for the hotel’s design, the late Don Rives.

With the Algonquin Hotel as inspiration, Rives made sure the high-ceiling space was welcoming with rich paneling, warm lighting and plush furniture arranged for easy conversation.

“Even the moldings, as you know, break up the sound differently than if that was just a flat ceiling, so it ends up being acoustically warm and not acoustically hot,” Quaintance notes. But it’s the musicians who conjure the magic.

Five years ago, at the recommendation of well-known musician Jessica Mashburn, who was working at the Green Valley Grill, Quaintance hired Neill Clegg (sax, flute, clarinet), husband of series curator Victoria Clegg. She thought of his colleague at Greensboro College, pianist Dave Fox. A few years later “first call” bassist Matt Kendrick, came aboard. The O.Henry Trio was born.  “It’s about the intention and this sort of love and passion by Victoria, by Neill, by Dave and by Matt . . . their energy is palpable,” Quaintance observes.

Perhaps because each of them is “a singer’s musician,” as Victoria Clegg puts it. My own experience working with the Trio is like attending a master class, though Neill Clegg will tell you that jazz should be a conversation between the singer and musician. The creativity is in the conversation and that’s what makes it so intimate for the listener.

“One of the nicest things that happens at the O.Henry is when you see the musicians and the vocalists take someone back in time,” says Victoria Clegg.

Little wonder that the first show drew 130 people, many of whom are still regulars.  For the musicians, “It’s a big community sandbox,” Victoria Clegg continues. “You now have this great place to show your wares in the fashion in which they should be displayed.”   “The O.Henry Jazz Series has been a significant cultural event in our community,” says Steve Haines, bassist and professor of music in UNCG’s Miles Davis Jazz Studies program. “Victoria and her friends at Quaintance-Weaver have put a feather in the cap for music in Greensboro.”

And tapping local talent instead of musicians from elsewhere is the cornerstone of the program. “The foundation is that we’re people who live here . . . and so, it ought to be sort of neighbors being gracious to neighbors,” Quaintance says. “It’s astonishing to me the musical talent that exists, not just in the jazz genre, but in general.”

Victoria Clegg considers each performance a gift “and every week it’s wrapped differently depending upon who the artist is, a different package,” she says.   “I always think if O.Henry could speak he would say, ‘job well done, job well done’ with this little grin on his face.”

Georgianna Penn and her family offer heartfelt thanks to Dennis and Nancy Quaintance, Mike Weaver, Don Rives, the O.Henry Trio for creating an inspired space to make music. To see a list of upcoming shows and artists, visit ohenryhotel.com. 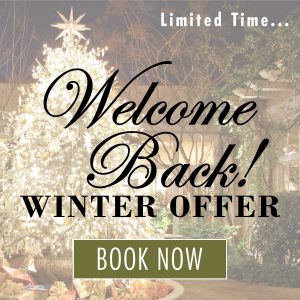