TeaTime Magazine Feature on Afternoon Tea at the O.Henry

Step into the lobby of the O.Henry Hotel, and you’ll find a modern establishment teeming with Old-World charm. Wood paneling, tall ceilings, and beautiful furnishings welcome guests and set the scene for a serene getaway or a regal afternoon-tea service, both honed to perfection.

The hotel opened its doors in 1998, but its roots date back to the early 20th century. The original O.Henry in downtown Greensboro was named for the alias of one of Greensboro’s famed natives, William Sydney Porter. That structure was built in 1919 and then was demolished in the 1970s, leaving a void in the area. In the interest of preserving the beauty and culture of a community-centered hotel, a new O.Henry Hotel opened. Family owned and operated, it focuses on hospitality, comfort, and style in every aspect of its rooms and amenitie

The O.Henry has been serving tea since 1998, but the service has recently been revitalized through the talents of Executive Pastry Chef Laura Dominguez, who trained at the French Culinary Institute in New York City.

Tea-loving locals and hotel guests alike take tea daily in the O.Henry’s social lobby — a lovely marriage of class and comfort, inviting guests to enjoy a special time with friends and family. Plush chairs and couches are gathered around low tables that are well suited for conversation over tea.

Guests may choose from a variety of afternoon-tea options. Three-tiered trays offer scones paired with curd and cream, and array of savory dishes, and a selection of sweets, all of which vary seasonally and utilize local ingredients wherever possible. The flavors of the savory madeleines and muffins change every four to six weeks as the menu shifts at Green Valley Grill, the hotel’s restaurant.

“The O.Henry has the kind of Old-World charm that you just don’t expect to find in a place like Greensboro,” Chef Dominguez says. “Everything is really comfortable and elegant, and it feels like something you’ve never experienced before.” 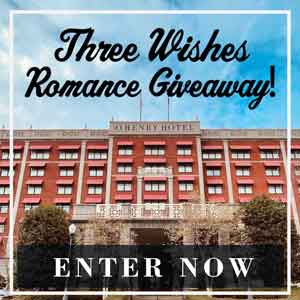