FOR THESE WORKERS IN GREENSBORO, THEY DON’T HAVE TO FIGHT THE MAN — THEY ARE THE MAN 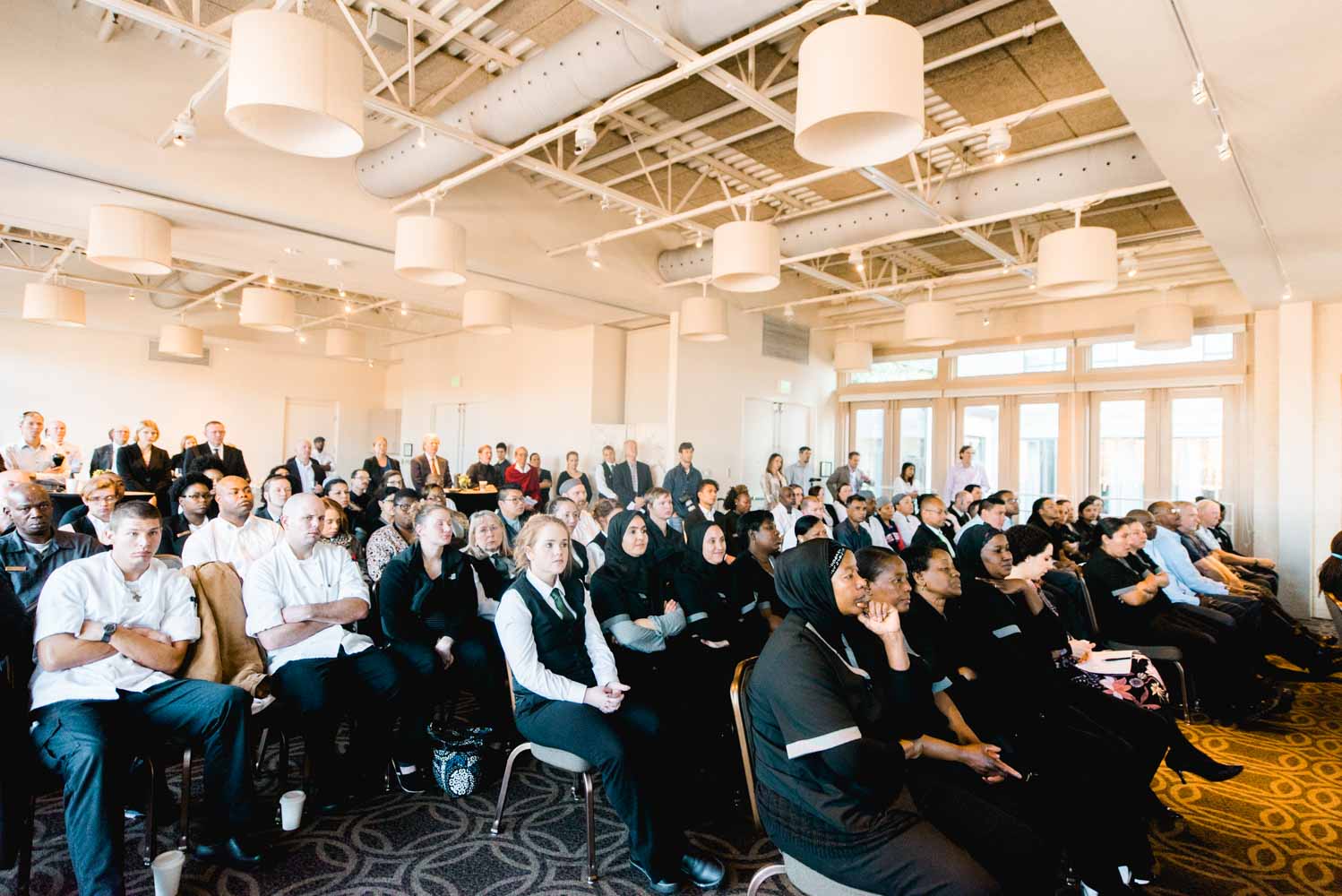 GREENSBORO — You don’t have to fight The Man if you are The Man.

Thousands of workers across North Carolina are finding that out as they learn to think like owners as a growing number of companies share profits and stock with them.

Your company not with the program? Don’t worry. There’s room for more, according to a new report by the Budget and Tax Center, a progressive agency in Raleigh.

Employee stock ownership plans and other types of programs allow workers to even the gap between their earnings and management salaries, improve their companies through pride of ownership and build substantial retirement accounts.

“It makes me feel good to be in an organization where you can be genuine with your brothers and sisters,” said Cassandra Brown, the executive director of housekeeping for Greensboro-based Quaintance-Weaver Restaurants & Hotels, which began an employee stock ownership program in 2016.

The Budget and Tax Center, report says that $4.4 billion was paid to worker “cooperatives” involving at least 100 companies and 750,000 current and former workers, according to 2013 data.

Employee ownership programs vary widely. Some are retirement programs that deposit shares into accounts based on a company’s annual profits. Others give workers a strong influence through a democratic structure.

But the majority of companies will never make a move toward such programs and that will hurt the economy statewide, according to the report.

That’s because thousands of small- and medium-sized businesses across the state are facing a “silver tsunami” of aging owners who could die or retire without succession plans, according to Patrick McHugh, who wrote the report. Such companies often face bankruptcy or simply families unwilling to take over management after an owner dies.

“When a company is locally owned and locally controlled it makes it far less likely that a company pulls up stakes and moves,” McHugh said.

One of Greensboro’s most prominent examples is Quaintance-Weaver. With about 600 employees, the company created a trust in 2016 that collects and distributes “retirement units” to workers who qualify.

Through the trust, the company’s owners, including Chief Executive Officer Dennis Quaintance, were able to sell the management company to the trust, which took on debt to pay them. An independent company set the value for the company that manages the O. Henry Hotel, the Proximity Hotel and a group of restaurants.

Unlike a 401(k), the workers don’t contribute a dime. Still, the ownership is tax-protected until a worker reaches retirement age.

Most of the employees, like Brown, are happy with the new program. But Quaintance says the real proof will come when they receive their first contribution statement later this year.

“How our colleagues feel about this is going to evolve over the next few years,” he said.

For Quaintance, the program reassures him that his brand of management — paying close attention to employees and guests — won’t vanish when he retires. It protects the company from outside ownership that might simply toss out the culture he has developed through the years.

Over in Morganton, they’re trying something similar. Molly Hemstreet started Opportunity Threads to give workers the chance to buy portions of the company and help determine its future.

The small company has 23 workers who cut and sew apparel, a skill that had all but vanished when textile jobs were moved offshore. But at Opportunity Threads she said it is thriving, partly through the commitment of workers who help guide the company’s daily operations.

Hemstreet said the company is still governed by executives, but the workers have a potent voice, voting each year on how profits will be distributed.

“It’s a very powerful change,” Hemstreet said. “It’s hard to sit at a sewing machine, but if you’re more efficient and more responsible for the company being successful, you’re going to have a different attitude.”

That sentiment is echoed at the Mast General Store, which is based in the mountain town of Valle Crucis. The company operates seven stores, including one in Winston-Salem, and employs 500 people.

Although Cooper and her family don’t plan to give up ownership or management of the company, the program gives workers an alternative to a 401(k).

“There is a sense of loyalty and ownership being part of it,” she said. “Over the years when the stock market hasn’t seen increases in the 401(k) program, having two options has been a win-win. I think it’s pretty certain we’ve always seen an increase in our stock value.”

“We all work together,” she said. “We’ll pitch in, whatever it takes. You’ll never hear anybody say, ‘It’s not my job.’ ”